I had a great day taking the God children to Auckland Zoo and the 10-year old was armed with a camera and ready to shoot.

I hadn’t been in years and was most impressed, diving between thunderstorms and the blindingly hot sun.

We fed the giraffe, held a tuatara, watched the alligators and otters being fed and fell in love with the one-week old baby baboon.

Here’s our day out at Auckland Zoo in pictures… 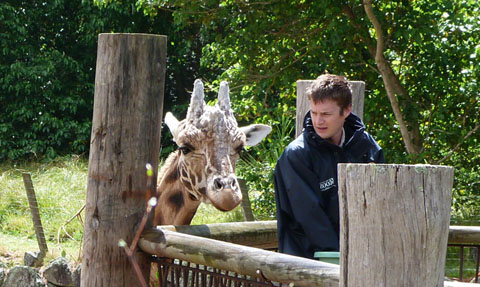 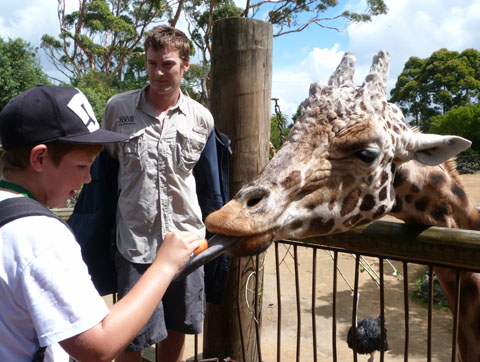 My little charge James feeds a carrot to Zabulu. Check out the tongue! 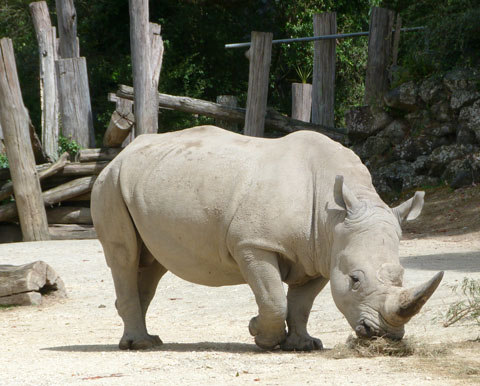 Fortunately this rhino turned around and stopped his spraying for this pic. He could be Zambezi or one of his two sons Inkosi and Mtoto. 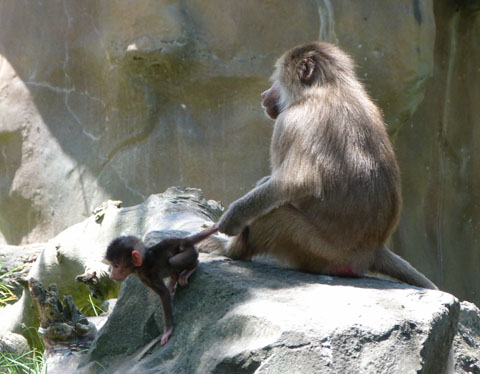 We fell in love with this week-old baboon whose mother kept him close by dragging him around by the tail. He’s very active! 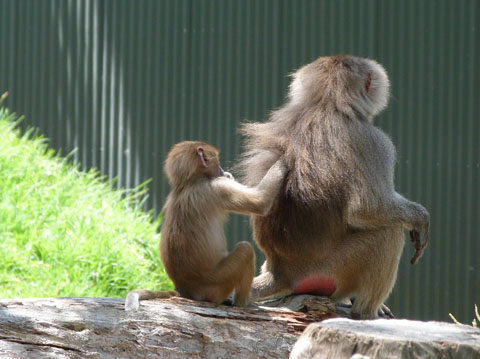 This baboon kid gets to pick the nits out of his mother’s back. Mmmmm. 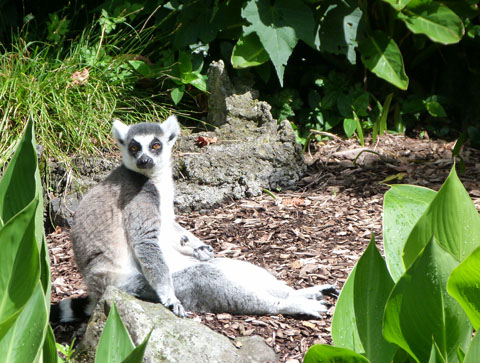 “You whistled?” A great technique for getting an animal to look at you for a photo. 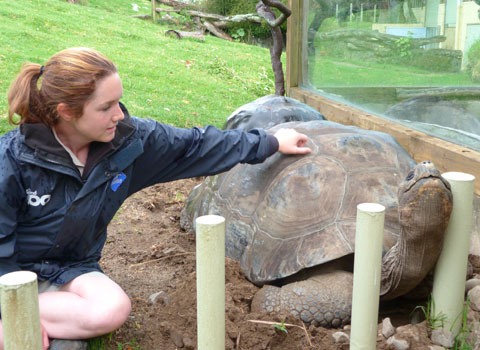 This is Smiley, the Galapagos turtle. He’s 40 years old and is loving having his back scratched by his keeper. 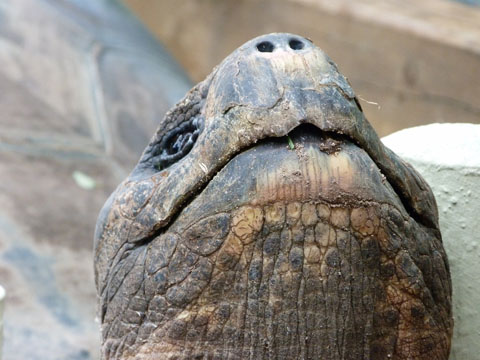 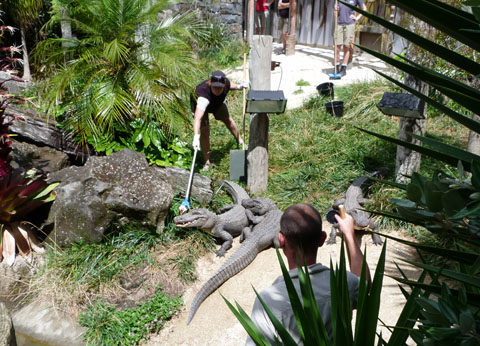 Feeding time in the alligator fortress. Look how many zookeepers are involved to feed this lively lot. 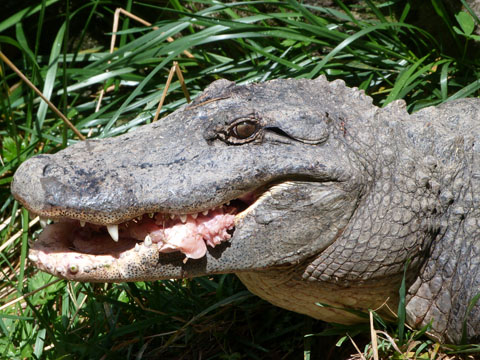 Mmmm chicken carcass, as she slithers back into her river… 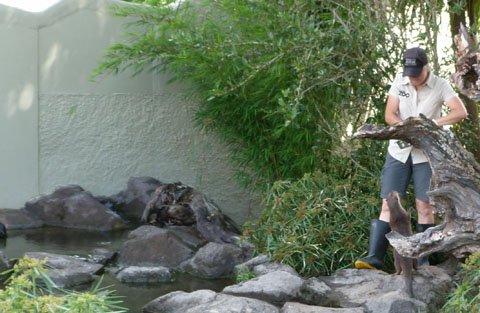 This cute little otter stands up to beg for lunch 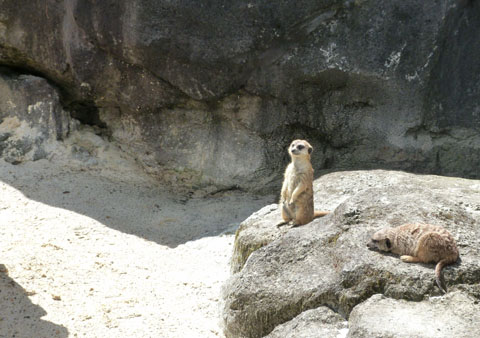 And so does the meerkat but he’s on the look out. And yes, the meerkat domes for kids to peek through are still here! 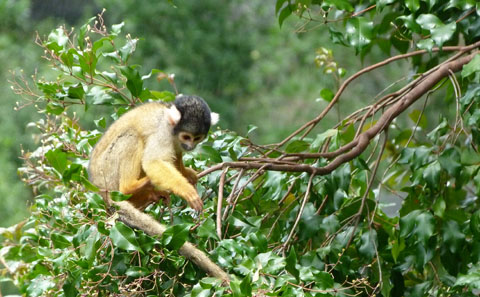 One of the 16 spider monkeys that leap through the trees in the Rainforest. With very little fencing I don’t know how they don’t jump out! 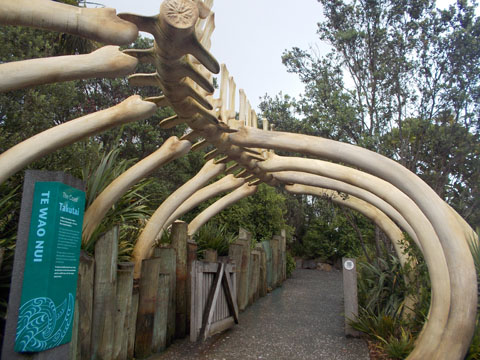 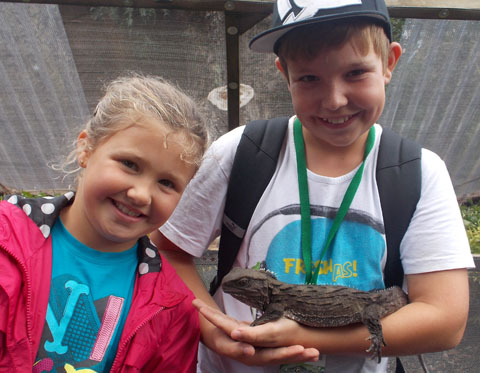 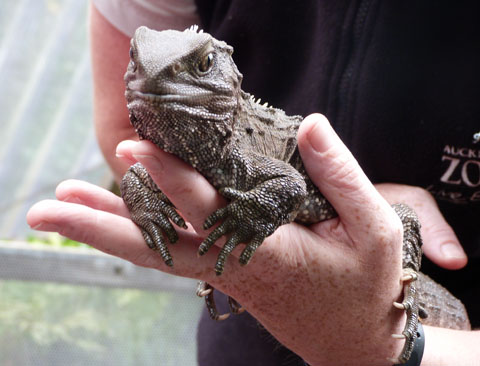 Tipua was bred here to join the educational program. Her species is overbred, so she won’t breed herself. Instead she happily sits in the arms of adoring visitors who get to feel her lace-like skin and teeny fingernails 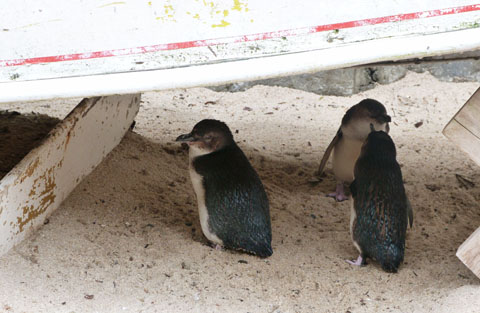 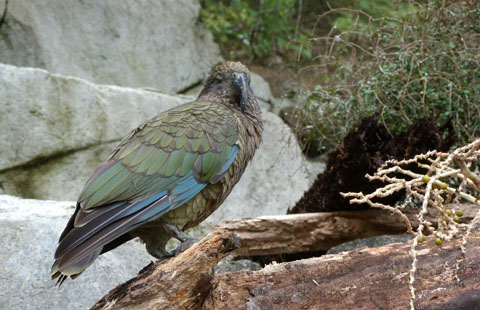 This is probably New Zealand’s cheekiest bird. The kea loves to rip wind screen wipers off cars and will take off with your stuff if you don’t watch out!

James and Kate still have energy to burn after 5 hours of walking the zoo! And when your feet have had enough but the kids are still on fire, the Kidzone is a great respite. It’s full of domestic pets (including pigs and chickens) too

These are just a selection of my best pics, but there’s still Burma the elephant (who was indoors having some work done on her feet), lions, tigers, hippos (who stayed under water so were a bit hard to photograph), the hilarious orangutan hiding under their sheets and sacks, kiwi, bats and morepork furrowing around in their dark habitat and that’s not mention the spooky tarantulas and a few more besides.

We spent five hours here, had lunch in one of the cafes and ran out of stamina to see it all.

If I were you, I’d plan to spend the whole day at Auckland Zoo!